This year, 2015, marks the official launch of the Non-Monogamies and Contemporary Intimacies, a project intended to be continued and replicated in the upcoming years, in other places. More than a single conference, we aim to create a platform to encourage European and worldwide research on (consensual) non-monogamies and other under-researched topics dealing with contemporary intimacies, like asexuality and a-romanticism.

Among the issues we are concerned about, we can list the following:

The International Organizing Committee gathers a multitude of researchers from around the world, and this year’s Conference is co-organized by two Portuguese research centers: CICS.NOVA and CES – Center for Social Studies (through the research project INTIMATE). The conference will be hosted by the Faculty of Social and Human Sciences of the New University of Lisbon. 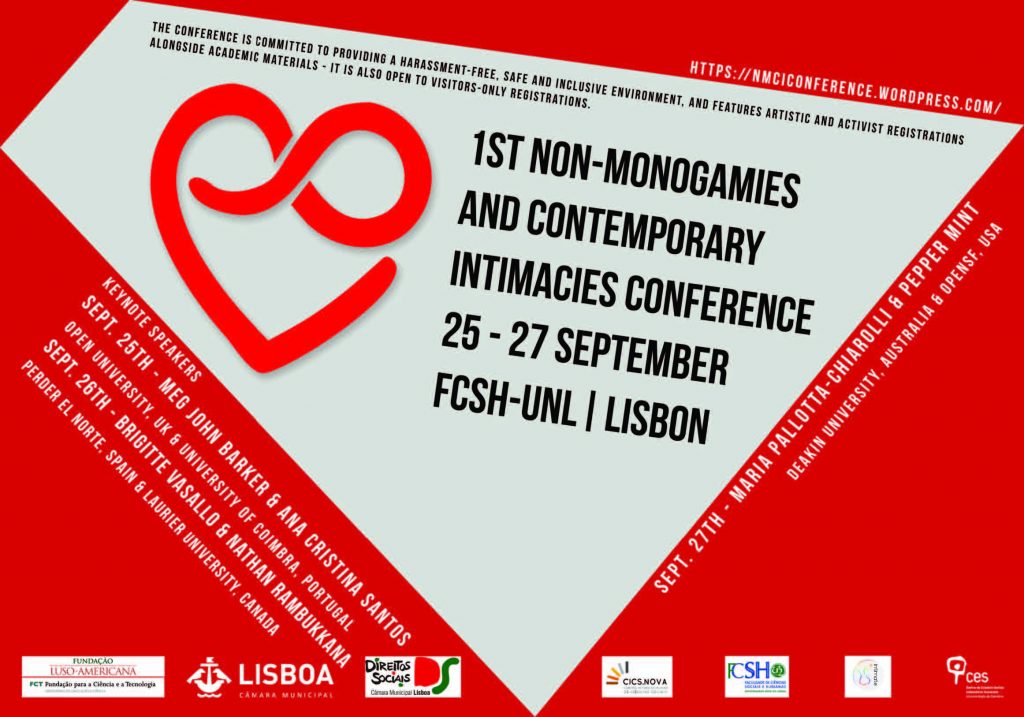